Built in the early 19th century and set in an idyllic countryside location, the barn was originally stood beaten, suffering at the mercy of Welsh elements. Thankfully,  these barns have been carefully restored by the owner to create a wonderful home for his family - a labour of love, phased over three years. 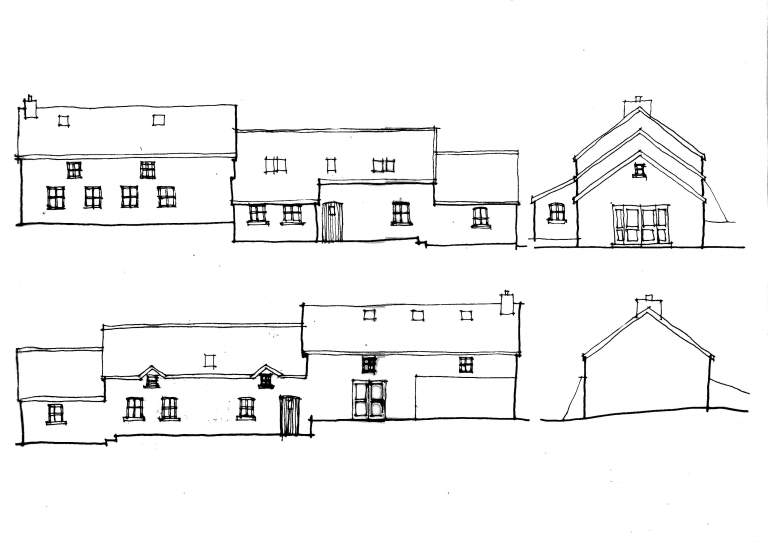 The retention of the existing structure was treated to an internal skin, constructed inside the envelope formed by the old barn. This separation from the external structure secured a modern use for the home whilst retaining the original features of the vernacular.

The bold, strong and timeless stone was retained on the facade with decorative brick heads, jambs and reveals tie the building together. A new slate roof was also instated, to match the finish of the time.  The installation of new recessed window units, biased towards the internal skin, give the structure a hunkered down feel from the external, a building that will not be shifted by time nor elements.

As the only existent openings gave an uninterrupted access to the elements but framed views of the valley basin, these apertures were retained and glazed to modern standards. the number of additional new openings was minimised, to avoid detracting from the character of the barn while making it more comfortable. the new openings were positioned in such a way as to create a relationship either with the natural surroundings outside or with the original envelope, depending on the position. 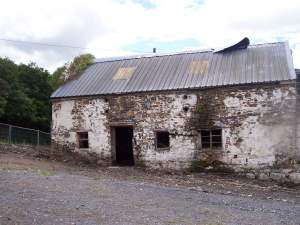 Thus, the implementation of the Velux products enabled the vernacular to remain unharmed yet aided light entry into the vaulted roof spaces and upper floors - where usual windows would be impracticable. The installation of eight Velux, a mixture of center pivot and top-hung roof windows, allowed for greater cross flow ventilation and exhaustion of stale, warm air. Allowing a miniature stack effect to form and draw fresh air in behind from the lower level openings.

The renovation of the tired, dilapidated barns has not only enhanced the lives of the occupants but the community also. The barns speak of the agricultural heritage of the quaint town of Pontyates, thus the enjoyment will not only enhance the lives of the occupants through an inclusive and timeless family home, but will serve a presence in the locality. A landmark of the vernacular, a passed time that shaped not only the locality, but South Wales as a whole.