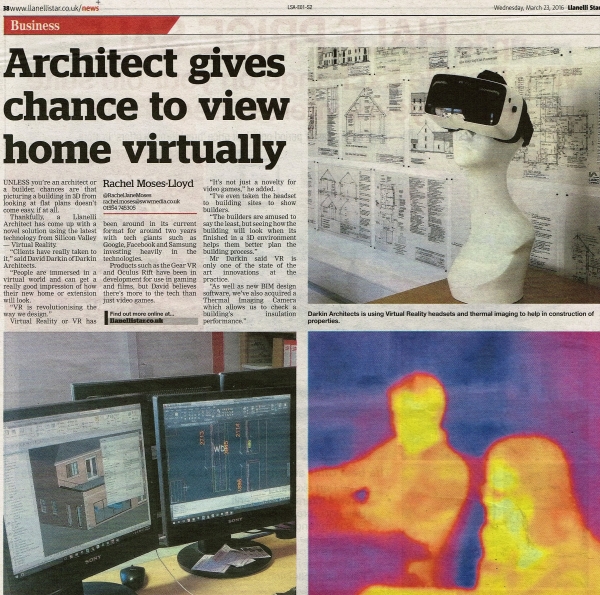 Unless you're an architect or a builder, chances are thar picturing a building in 3D from looking at flat plans doesn't come easy, if at all. Thankfully, a Llanelli Architect has come up with a novel solution using the latest technology from Silicon Valley - Virtual Reality.

"Clients have really taken to it," said David Darkin of Darkin Architects.

"People are immersed in a virtual world and can get a really good impression of how their new home or extension will look. VR is revolutionising the way we design."

Virtual Reality or VR has been around in its current format for around two years with tech giants such as Google, Facebook and Samsung investing heavily in the technologies. Products such as the Gear VR and Oculus Rift have been in development for use in gaming and films, but David believes there's more to the tech than just video games.

"It's not just a novelty for video games," he added. "I've even taken the headset t building sites to show builders. The builders are amused to say the least, but seeing how the building will look when its finished in a 3D environment helps them better plan the building process."

Mr Darkin said VR is only one of the state of the art innovations at the practice. "As well as new BIM design software, we've also acquired a Thermal Imaging Camera which allows us to check a building's insulation performance."